When it comes to the spectrum of treating animals like animals and treating them like people, I know both types, those who keep their dogs outside year round, treating them as a security system and those who cook daily meals for their furry kids using only organic meats and vegetables. I fall somewhere in the middle. While I believe that animals are sentient beings who feel pain and emotion, I don’t equate a human life with that of an animal, I still eat meat (even if only the humanely-raised kind) and I don’t let my dogs sleep in my bed (although I have lost the couch battle).

No matter where on the spectrum you fall on, I strongly believe that we all must raise our standards of how we treat our farm animals. While none of us are directly abusing the cows, the chickens or the pigs, when we eat meat from animals mistreated by the commercial farms we indirectly contribute to their suffering.

Raising our animal welfare standards becomes even more important if you agree with Dr. Marc Bekoff who says that “how we treat other animals has direct effects on how we feel about ourselves“.

END_OF_DOCUMENT_TOKEN_TO_BE_REPLACED

Meatless or veggiefull: you decide

My husband and I have been doing Meatless Mondays for over a year.  It’s been easy to incorporate into our weekly dinner menus, fun to try new recipes and many times ends up being a more frequent occasion than once a week.

When friends first learn about our Meatless Mondays, their initial reaction tends to be one of disbelief, followed immediately by worry that we’ll try to convince them to try it too.  Or even worse invite them over for a Monday night dinner!  In fact, when I first suggested Meatless Monday, Nathan’s reaction was pretty similar: worry that once a week he’ll have to miss out on a yummy dinner and instead settle for meatless mediocracy.

END_OF_DOCUMENT_TOKEN_TO_BE_REPLACED

What our dinner says about us

An interesting perspective in an article from Bettendorf.com:

“As we depend on factory produced food, we become as much a product of the factory as have the animals on whom we feed. All of us, livestock and humans alike, are caught up in a system that is torturous to them and that dehumanizes us.”
I find the notion of our “dehumanization” very powerful.  It seems that many, if not most, animal welfare, vegetarian and vegan movements naturally focus on the animals.  What I find interesting is that very few focus on what it means for us humans. END_OF_DOCUMENT_TOKEN_TO_BE_REPLACED

How to be a kinder eater

It has been six months since my last posting. Even though ‘life got busy’ is a super lame excuse for having gone off the map, now that the honeymoon and buying a house are behind me, I am back with my virtual pen and paper in hand.

My returning post is somewhat related to my blogging absence, and has to do with a question of what we can do to be ‘kinder eaters’. Or any other “adjective noun” combination for that matter – faster runners, better listeners, more active blogger, etc.

While in the process of research and self-education about the commercial farming industry, I was continually reminded that animals are sentient beings, that our choices to eat some animals and not others are at best hypocritical and irrational, etc, etc. And because of those constant reminders even when given a choice of humanely-raised cow or chicken, I opted for veggie or seafood option. I wasn’t craving meat and I was eating less of it, almost without trying. I was a more ‘kinder eater’ than after the six month hiatus.

END_OF_DOCUMENT_TOKEN_TO_BE_REPLACED

A day on the farm

Having lived in Bay Area since I was a teenager, it’s pretty incredible that it took me so long to explore the agricultural side of California.  But this past weekend, my fiancé and I headed up to Harvest Home Animal Sanctuary in Stockton, CA and had the pleasure of meeting the fantastic staff and the adorable animal residents on the farm.
Just an hour away, Harvest Home is full of amazing stories of survival and strength.  Animals born in captivity and having experienced the cruelties of factory farming and laboratory testing now roam happy and free.  If you live in the Bay Area and are looking for a fun day trip for you or you family, check out the Harvest Home – it’s definitely a trip worth taking!
Here are just some of the animals who opened their home to us.  We were welcomed by Dexter, who accompanied us on the tour and made sure that all the other animals followed the rules of the farm.  This determined little pup with an “I-mean-business” demeanor and a heart of gold had wondered onto the Harvest House farm several years ago and hasn’t left since!

One of my favorites from this weekend was Mohawk, the potbellied pig!  Mohawk was a little shy at first but then succumbed to my belly rubs and even followed me around the pen. 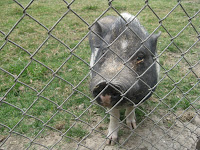 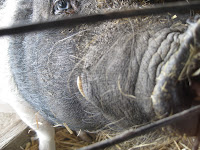 Some of the others we met were chickens, ducks, bunnies, turkeys and goats! 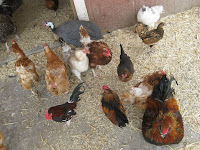 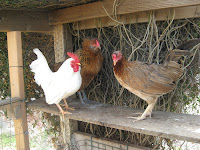 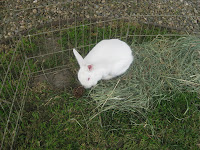 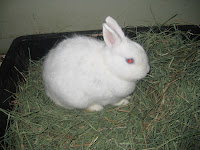 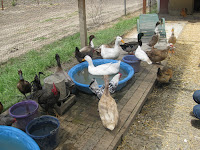 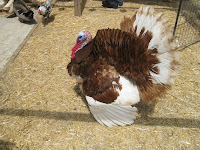 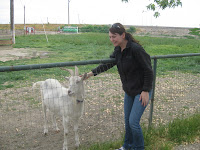 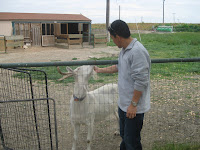 Thank you, Harvest House, for showing us around and for introducing us to your animals.  I’m looking forward to my next visit!
« Older Entries
Next Entries »